As the economy begins to recover from the COVID-19 pandemic, worries about inflation are beginning to surface in the press and among investors. REITs provide natural protection against inflation. Real estate rents and values tend to increase when prices do, due in part to the fact that many leases are tied to inflation. This supports REIT dividend growth and provides a reliable stream of income even during inflationary periods. 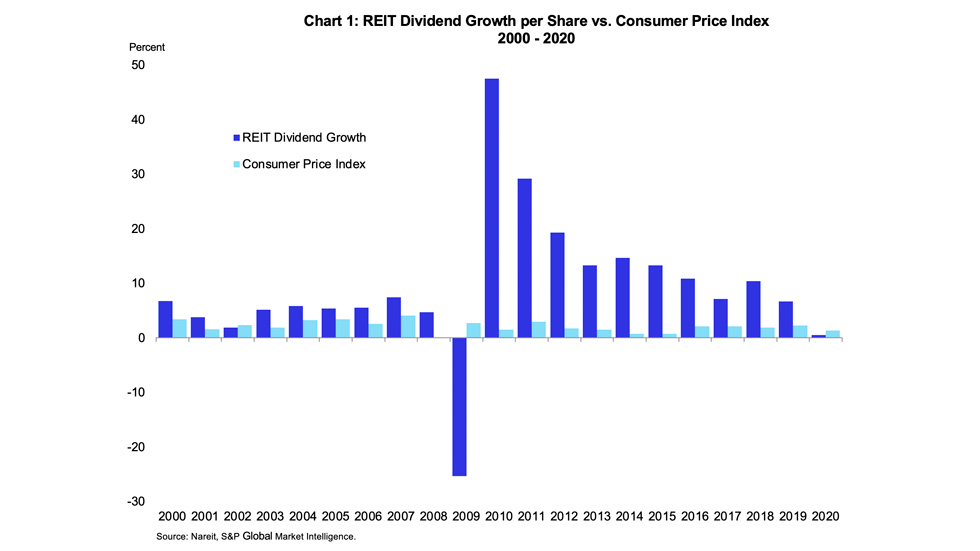 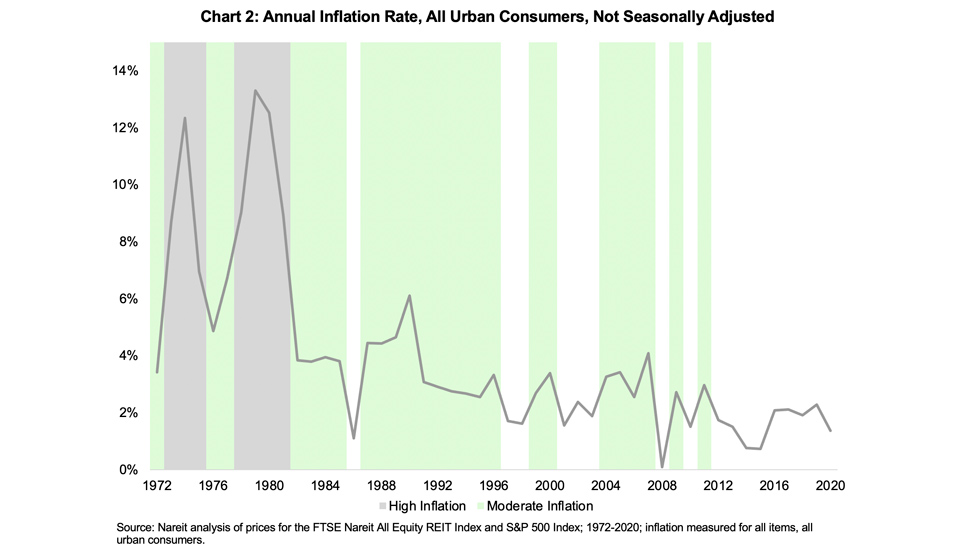 Inflation is unlikely to return to the double-digit rates experienced in the 1970s for several reasons. First, the economy “ran hot” for most of the 1960s as spending on both domestic programs and the Vietnam War pushed GDP beyond potential, but it took more than half a decade for these pressures to translate into rising inflation. Today’s fiscal stimulus is aimed at helping the economy recover from well below its potential, and many of the stimulus measures will have ended before this stimulus can push the economy to the degree of overheating seen in the 1960s. 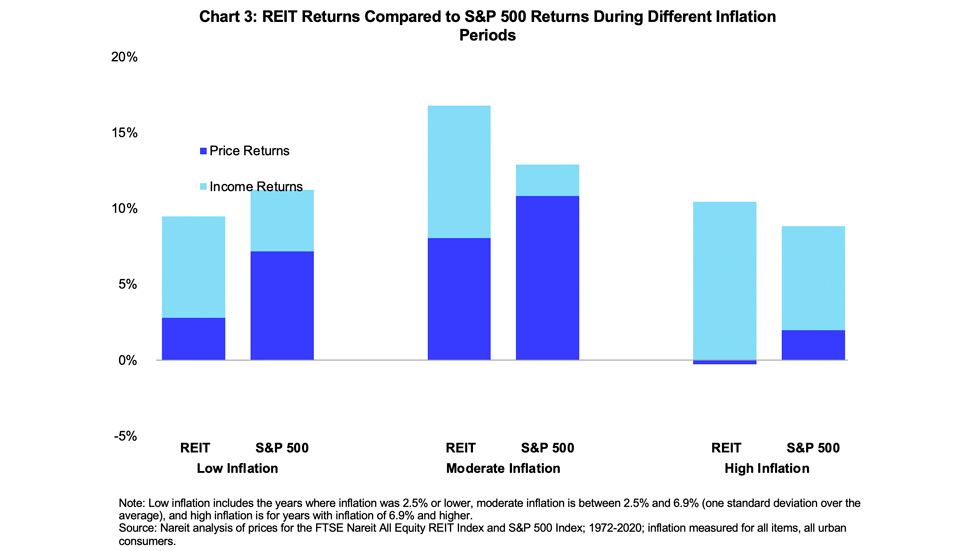 Chart 3 compares the performance of equity REITs and the S&P 500 in these three periods as demonstrated in Chart 2. In the high inflation periods, strong income returns offset falling REIT prices, and REITs outperformed the S&P 500 by 1.3 percentage points during these periods. In periods of moderate inflation, REIT dividends more than compensated for the higher price returns on the S&P, leading total returns on REITs to exceed the S&P by 3.9 percentage points. In periods of low inflation, REIT returns fall below the S&P 500 as the income portion does not make up for superior price returns on the S&P 500.

Inflation may not return to historical highs, but even moderate levels of inflation could affect investment returns. REITs are real assets, and the values of the properties they own will tend to rise if overall price levels increase, and lease payments will tend to rise if inflation picks up. These characteristics of REIT investments will help protect investor returns against even moderate levels of inflation as the economy accelerates.