Back in March, Taco Bell hinted a franchisee was working with the brand and experts outside the quick-service sector to create an “industry-defying” drive-thru restaurant.

It wasn’t an overstatement.

On Thursday, Taco Bell revealed its “Defy” concept—a 3,000-square-foot, two-story model the company said redefines what it means to be a frictionless, tech-forward restaurant.

Constructed with the digital consumer in mind, the building features four drive-thru lanes, including one traditional lane and three others specifically for mobile or delivery order pickups. There’s also digital check-in screens that allow mobile order consumers to scan their order via a QR code and pick up food through a contactless proprietary “bell-evator” lift system. During the ordering process, two-way audio and video technology enables customers to interact with employees located on the second story.

The innovative restaurant is scheduled to break ground in Brooklyn Park, Minnesota, later in August and open by summer 2022.

“In 2015, we created the Taco Bell Cantina concept with an open kitchen environment in urban markets. In 2020, we introduced the Go Mobile concept much earlier than anticipated with the help of quick collaboration with franchisees just like Border Foods,” said Mike Grams, Taco Bell’s president and global COO, in a statement. “Partnering with our franchisees to test new concepts is a huge unlock of learning for us. What we learn from the test of this new Defy concept may help shape future Taco Bell restaurants.” 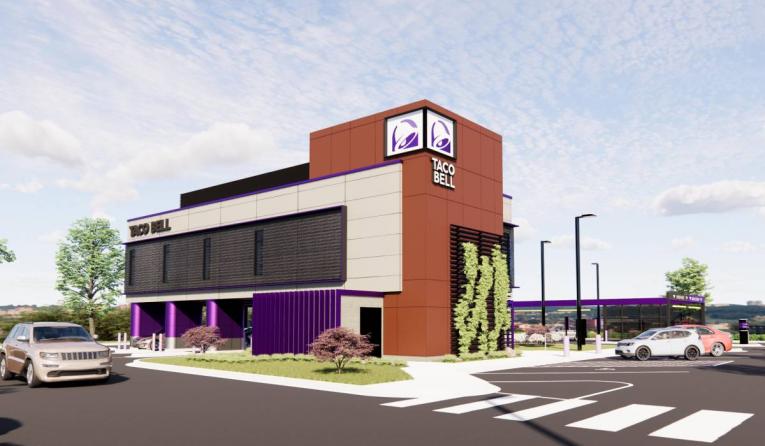 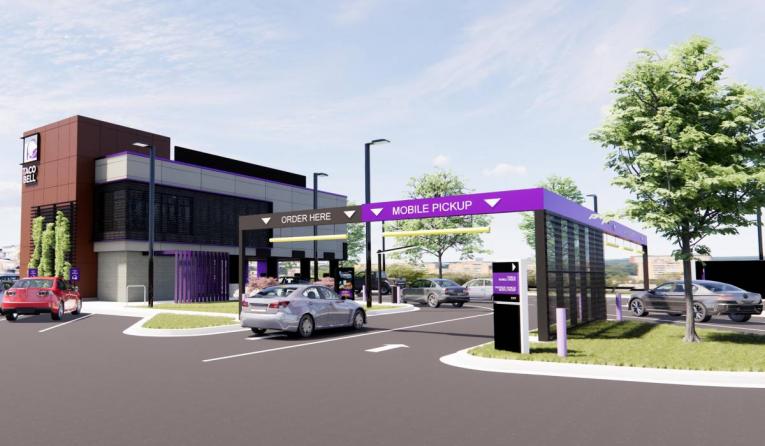 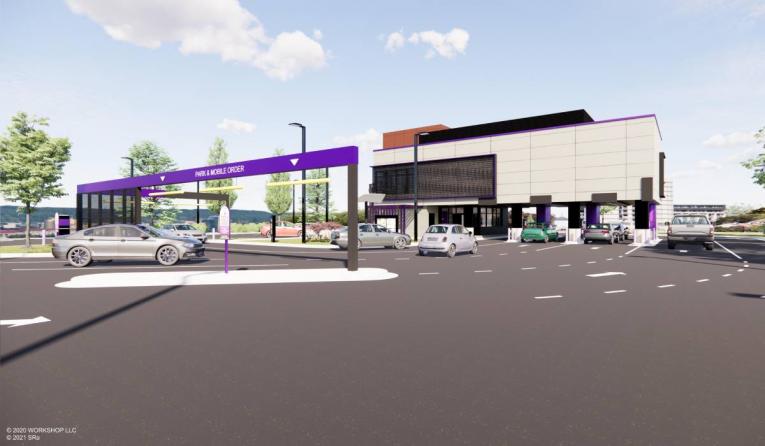 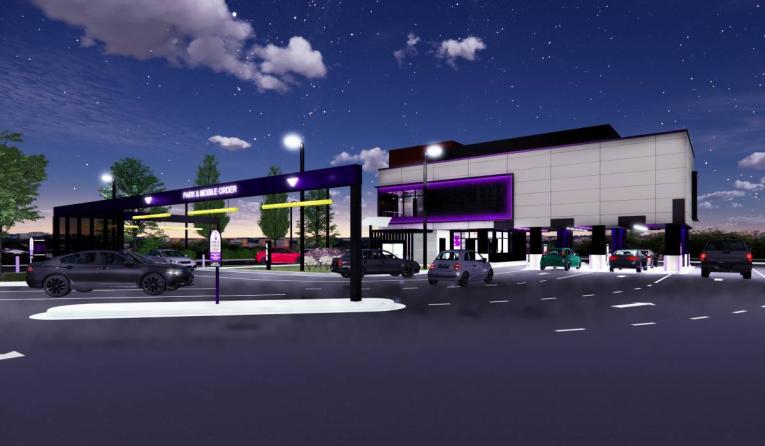 Taco Bell’s Defy prototype leverages the chain’s growing digital business. The chain launched its rewards program in July 2020, and since, app sales increased by 90 percent and sign-ups for the program grew 5x more than the first month. Taco Bell’s digital channels reached $1 billion in 2020 and mixed 12 percent to end the fiscal year.

The new model is also expected to have Taco Bell’s best speed of service on record—something the chain vigorously worked on throughout COVID. In the second quarter, the brand notched its sixth straight quarter of drive-thru times under 4 minutes. Speed in Q2 was 6 seconds faster year-over-year and restaurants served four million more cars.

The Defy concept will be run by 35-year franchisee Border Foods. It will be the operator’s 230th restaurant and 82nd new build. The franchisee developed the prototype in partnership with Minneapolis-based Vertical Works, a design company that combines manufacturing and construction to build “industry-leading solutions” for quick-service restaurants, retail, health care, and more. Vertical Works is powered by concept builders WORKSHOP, PD Instore, and Engelsma Construction.

“This new, innovative concept breaking ground in Brooklyn Park, Minnesota, will improve a major aspect of the consumer experience: drive-thru speed,” said Aaron Engler, president of Border Foods, in a statement. “We’re partnering with Taco Bell and the best and brightest in technology and design to create what will very likely be the future of quick service restaurants.”

The innovation falls under Taco Bell’s Go Mobile category of restaurants, which first launched in August 2020. The stores feature dual drive-thrus with a dedicated mobile pickup lane, smart kitchen technology, mobile pickup shelves, self-ordering kiosks, and a concierge service of employees in the parking lot. Taco Bell followed up that announcement in April by opening its first fully digital urban Cantina restaurant in the heart of New York City’s Times Square. The restaurants touts 10 kiosks that replace traditional menu boards and 15 glowing pickup cubbies that can be accessed by entering an order number via a touchscreen.

To date, there are 13 Go Mobile restaurants and another 85 in the pipeline, with Defy being the latest iteration. The brand is on track to have 10,000 restaurants globally this decade. Taco Bell ended the second quarter with 7,567 locations (6,895 in the U.S) and has opened a net of 74 restaurants so far in 2021. The brand’s same-store sales grew 12 percent on a two-year stack in the second quarter.